You are here: Home / About Us

1956 – Don Abrahamson started working for his parents, Louie and Lucille Abrahamson, at their Standard Gas Station located on the southwest corner of Pere Marquette Hwy and US10.  Don and his wife,  Helen added a wrecker service and changed the name to Abrahamson Sport Center. They started selling snowmobiles, row boats, Evinrude motors, tires, live bait and guns.

1974 – Don Abrahamson bought the property and business from his parents, Louie and Lucille Abrahamson.

1979 – Steve Abrahamson bought the property next to the gas station from his parents, Don and Helen Abrahamson, and started operating under Abrahamson Marine Service, LLC.  He also added repair service to sterndrives and large inboard vessels.

2007 (January) – Steve sold the property and business to his Son in Law and Daughter, Chris and Vanessa Sekenske. 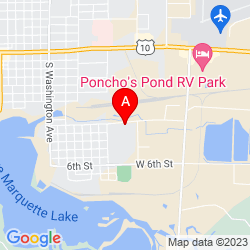